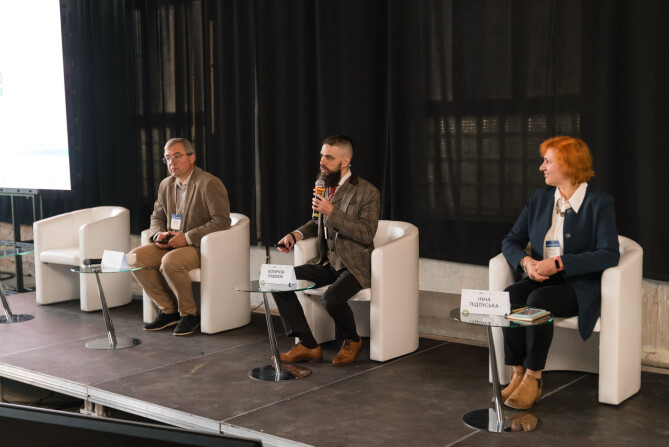 Ivano-Frankivsk has the potential to become the first city in Ukraine to have and implement a circular economy strategy!

This, as well as the prospects for the development of cycling infrastructure, improving the public transport system, integrated waste management, proper use of resources in construction and increasing pedestrian areas were discussed on October 28 at the Forum "Circular Economy for Sustainable Urban Development". They were also inspired by the example of the city of Vinnytsia, whose administration turned to consultants to revitalize the city park and the river and form a full-fledged "green corridor". This area will be an additional comfortable place for residents and at the same time will help the city to adapt to climate change.

To make a strategy of circular economy in Ivano-Frankivsk, the first activities have already begun. The Warm City platform, together with MetaLab partners, planned three studies, the first of which has already been completed and the results of which were presented at the forum, and the next two have been announced. Evelina Frelas-Tychynska also spoke about the experience of the city of Lublin in creating a circular economy strategy and is ready to help us implement ambitious plans for Ivano-Frankivsk faster.

Among the participants of the forum were representatives of organizations involved in environmental care and urban development, waste management, representatives of the municipality, environmentally conscious business, scientists and other participants and experts who are not only familiar with the circular economy, but also intend to implement its principles. our and other cities of Ukraine.