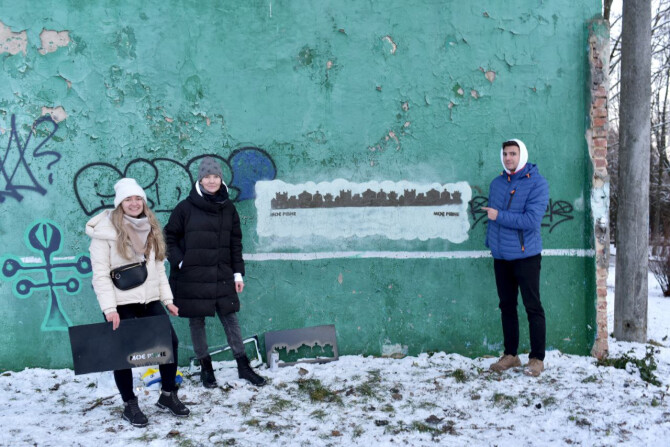 The Youth Bank of Rivne Initiatives has launched its Healthy street art project.

The youth initiative aims to identify and replace potentially dangerous acts of vandalism with art. As part of the project, events are held, during which participants discover signs that promote drugs and replace them with attractive drawings of the city.

It was previously planned to create a google map for information collection and prompt transfer of data to law enforcement agencies. But research into the problem has shown that the vast majority or even all telegram channels are currently inactive and more of a propaganda goal. In places of vandalism, young people create their own street art to promote the city.

The Youth Banks of Ukraine Movement: Promoting a Culture of Philanthropy and Involving Youth in Civil Society is supported by ISAR Unity within the Sectoral Support to Civil Society Initiative, implemented by ISAR Unity in consortium with the Ukrainian Independent Center for Political Studies (UCIPR) and the Center for Democracy and the rule of law (CEDEM) with the sincere support of the American people through the United States Agency for International Development.